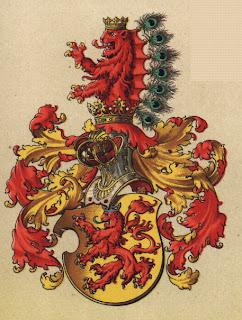 The earliest known ancestor of House Habsburg is a figure known as Guntram the Rich, who lived in 10th century Germany. Guntram’s grandson, Radbot, built Habsburg Castle in what is now the Swiss town of Aargau. Radbot’s son, Werner, used the title “Count of Habsburg” and lived roughly from 1030 until 1096. By 1199, under Albrecht, the Habsburgs controlled most of the German speaking parts of Switzerland. Albrecht’s great-grandson Rudolf became embroiled in the bitter thirteenth century conflict between the Hohenstaufens and the papacy, enduring excommunication in 1254. After the fall of the Hohenstaufen, however, Rudolf was well placed to pick up the pieces, and in 1273 was elected King of Germany. Rudolf was unable to hold things together in Germany, and failed to secure the election of his son as King, but nevertheless was able to expand the power and holdings of the Habsburg family.

Albert I, son of Rudolf, managed to secure election as King of Germany some time after the death of his father. Over the next 150 years, two more Habsburgs would serve as Holy Roman Empire, and two as King of Hungary. Between 1379 and 1485 the Habsburg lands were split between different branches of the family, but this split ended with the reign of Maximilian I. Maximilian I, Holy Roman Emperor, lost Swtizerland but managed to gain control of the Netherlands. Through a complicated series of marriages, Maximilian managed to secure for his grandson, Charles, control of much of the known world, including Spain and Naples. After Charles (V in Austria, I in Spain) the empire was split into Spanish and Austrian branches.

The Habsburgs ruled Castile and Aragon until 1700 (and Portugal from 1580-1640), during the most vigorous

period of Spanish colonial expansion into the New World. The Austrian branch secured the title of the Holy Roman Empire for itself until 1806, although it rarely controlled much of Germany. Without going into too much detail, the Habsburgs were involved in pretty much everything worth being involved in regarding European affairs from roughly 1400 until 1918. The Spanish branch died out in 1700, leading to the War of Spanish Succession, while the Austrian line technically became the House of Habsburg-Lorraine following the rule of Archduchess Maria Theresa. Along the way there are too many stories to tell; the life and death of Philip II, the defeat of the Turks at the gates of Vienna, the Battle of Lepanto, the “enlightened absolutism” of Joseph II, and a host of other conflicts and scandals that beset the family over its hundreds of years of rule.

By the time of the French Revolution, it was clear that the Habsburgs would not rule all of Europe. Napoleon ended the Holy Roman Empire in 1806, and helped put the Habsburg Empire on the path that would be described as “hopeless, but not desperate” in the 19th century. Prince Metternich managed to hold things together for a while, but the revolts of 1848 forced the abdication of Emperor Ferdinand I in favor of his nephew, Franz-Joseph. Franz-Joseph would rule until 1916, reigning over a brief recovery for Austria power before the Austro-Prussian War of 1866 and the imposition of the “Dual Monarchy” in 1867, wherein Hungary enjoyed administrative equality with Austria.

The questionable suicide of Prince Rudolf, son of Franz-Joseph and presumptive successor, left a surprised Franz Ferdinand as heir apparent. In order to marry the woman he loved, Franz Ferdinand was forced to disavow succession rights for his children. While visiting Sarajevo on June 28, 1914, Archduke Franz Ferdinand and his wife Sophie were assassinated by a young Serb named Gavrilo Princip. Princip failed to successfully commit suicide, and was 27 days short of the age of maturity (20) necessary for a death sentence. Consequently, he was sentenced to twenty years in prison, although he died of tuberculosis less than four years into his sentence. The assassination set into motion a series of events that led to World War I, and the eventual collapse of the Austro-Hungarian state.

Franz-Joseph finally died in 1916, leaving the throne to Charles I. Charles began back channel overtures to the Allies for peace, but these failed and led to the weakening of the German-Austro-Hungarian alliance. Notably, Charles banned the use of chemical weapons by Imperial forces after becoming Emperor. Towards the end of the war Charles began an effort to reform the empire, with the goal of reducing the power of the monarchy and giving the various nations greater autonomy. Sadly, in my view, it was not to be; the United States failed to support Charles’ efforts, and the empire crumbled away in October and November of 1918. Charles didn’t abdicate, but he did “relinquish participation in affairs of state” and both Austria and Hungary shortly thereafter declared themselves republics. In 1921 Charles attempted to regain the throne of Hungary, but was thwarted by opposition from Miklos Horthy, who ruled Hungary as regent. Charles died of pneumonia in 1922 in Portugal. In October 2004, however, Charles was beatified by the Catholic Church for curing the varicose veins of a Brazilian nun. Earlier this year, Charles was formally recognized for performing a second miracle (this time for the healing of a Florida woman) which opens the possibility for canonization as a Saint. 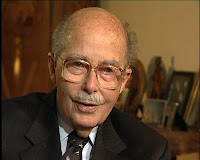 The death of Charles left his son, Otto, as the pretender to the Austrian throne. Born in 1912, Otto spent most of his youth in Switzerland and Portugal, fleeing to the United States after being sentenced to death for opposing Anschluss. He returned to Europe after the war, and to Austria in 1966. Since that time Otto von Habsburg has been active in pan-European politics, serving as a German MEP from 1979 until 1999. Most recently, the nonagenarian pretender has been warning of the dangers posed by Vladimir Putin, whom he sees as another Hitler or Stalin. Otto’s son, Karl, has served as an Austrian MEP since 1996, and enjoyed a brief stint as a game show host. Otto’s titles-by-pretension include Emperor of Austria and King, respectively, of Hungary, Bohemia, Galicia, Lodomeria, Illyria, Jerusalem, and Croatia, Slavonia, and Dalmatia. Prospects for a return to the throne appear grim. The only Austria party favoring a restoration of the monarchy is an obscure group called the Black-Yellow Alliance, which appears to be running on a platform of restoring the Habsburg’s to the throne and re-creating a central European empire consisting of Slovenia, Slovakia, Hungary, Austria and the Czech Republic. As the actual surviving Habsburgs seem to prefer the European Union, the prospects for success seem uncertain. While both Otto and Karl still use the forms of royalty, neither seems to favor any political restoration, a stance reaffirmed by their participation in the European Parliament.

It suggests the possibility of a national communal feeling without an independent state as its object. There is no good reason, in a liberal order, why different nationalities should require internationally recognized independent statehoods. This isn’t such a radical idea; Scotland, Wales, and Quebec, for example, all exist as national communities within a larger liberal state order. Moreover, it’s seems quite a good idea, given the difficulties that nationalism has produced, especially in the areas the Habsburg Empire once encompassed.

Anyway, I guess that I’m not certain that the situation of Austria-Hungary really was “desperate but not serious.” The Empire may have offered a vision of political order completely out of sync with the realities of 20th century nationalism, but, on the other hand, we may take that reality for granted when it was actually contingent. The artistic, scientific, and cultural achievements of late Habsburg life supply some reasons to think that the pursuit of an alternative order may have been worthwhile. Of course, the survival of the Habsburg Empire would have required a competent and enlightened political class, no evidence of which has ever been displayed.

…which I continue to stand by.

In any case, this is the end of Sunday Deposed Monarch blogging. There remain unexamined deposed monarchs, but just as with battleships there is progressively less to say about each particular family. Deposed Monarch Blogging will return in response to a surprise deposition or restoration, but for now its finished. For the time being I will devote Sundays to book reviews, which have been piling up. The final Sunday of every month will be dedicated to some sort of maritime blogging, whether a book review or no. In any case, thanks very much for all the interest in monarch blogging; I’d like to think that I’ve done my part to heal the longstanding wounds that have separated battleship antiquarians from their monarchist counterparts.