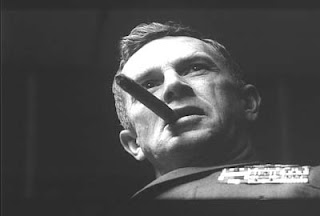 The fools who live in my town banded together to reject a ballot measure yesterday that would have returned fluoride to the city’s water supply. I wrote about this a few months back, when I was more puzzled than pissed that water fluoridation had generated so much controversy.

In the intervening few months, I’ve been utterly stunned by the raft of bogus arguments lofted against what proved to be one of the most effective and inexpensive public health measures of the last century. In the days leading up to the election, the editorial pages of the local newspaper turned into a rolling open mic might for scientific illiterates, conspiracy theorists, gibbering naturopaths, and people who wanted to blame fluoride for every medical affliction — actual and imagined — from which they suffered. Anti-fluoride activists flew in Hardy Limeback — who appears to be the Richard Lindzen of the anti-fluoride movement — to insist that his entire profession is mistaken in its support for water fluoridation at levels of .7 to 1.2 ppm (levels far below levels actually proven to be toxic).

Reminding us once again of the value of a free press, Juneau Empire editorial board weighed in at the last moment by punting (sub. req.):

The hottest item on Juneau’s Oct. 2 city ballot – whether to return fluoride to the city’s water supply – has triggered an avalanche of conflicting information pounding down on the voters of Juneau.

With the debate on Proposition 2 as technical and complex as it is, people tend to turn to whomever they deem to be authorities, in this case, traditional mainstream medical experts or their counterparts in the holistic, naturopathic medical world. Few have pored over the technical information on fluoride themselves.

“Few” would, of course, also include the Juneau Empire itself, whose coverage of the issue relied on the familiar “scientists say this, but uninformed nutjobs say that, it’s all so confusing” style of reporting that would already be familiar to anyone who follows the “debates” about climate change, evolution, and UFO abduction. Christ forbid reporters — or editorial boards — actually do their jobs by sorting through conflicting claims to discern the valid ones. In the end, the Empire weaseled its way out of the issue by advising voters to reject fluoride because — and I’m not making this up — there were “too many questions abound” regarding its safety, and that “until science can show the true effects of fluoride, it’s better for the city to play it safe.”

In other words, demonstrably uncorroborated “questions” provide sufficient reason to derail public policy until “science” at last applies unscientific standards and proves those questions to be uncorroborated!

In case you didn’t follow that, here’s a visual demonstration of the logic: