The big news around the office this week was this report from the Center for Ethics and Responsibility in Washington; it ranks the “most corrupt” members of Congress. There are few surprises for Alaskans: 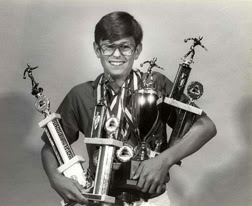 Our entire delegation made the list. I believe this what’s known as a “clean sweep.” Any time you guys feel like demoting us to a territory again, just go ahead. We really aren’t capable of governing ourselves any more.

And this is just glorious news. What’s disgusting, though, is that in Alaska Ted Stevens could probably win re-election from a prison cell.