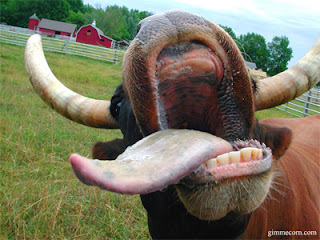 My (and others’) legal posts are often about such serious topics: abortion, the death penalty, the war on (some classes of people who use some kinds of) drugs. But today it’s time for something completely different: Raw milk. I did say that I would blog about food sometimes after all.

Raw milk – which has not been pasteurized (heated) to kill bacteria – cannot be sold through interstate commerce (at least not for human consumption – see Q 14); as a result, the states have approached the question of raw milk in differing ways. It’s legal to sell the stuff in supermarkets in California, while in New York, people who want raw milk must buy shares of a cow (cow co-ops, or cowshares).

So what’s the big deal? Well, some people think raw milk just plum tastes better [full disclosure: the Jewish-mysticism studying raw milk fan in the linked article is a close friend of mine]. While others who are lactose intolerant can handle raw milk better than its pasteurized cousin.

While there are legit reasons to warn people about the potential dangers of raw milk, the raw products that come from regulated and inspected farms don’t seem to me to pose the great public health danger of our day (though the commercial dairy lobby might argue otherwise) So why not remove the interstate ban, let raw milk be sold in supermarkets, and let people decide whether they want to run the risk.

I’m generally a pretty risk-averse person. But having tasted raw milk and butter that’s made from it, I can say that it’s a risk I for one am willing to take.