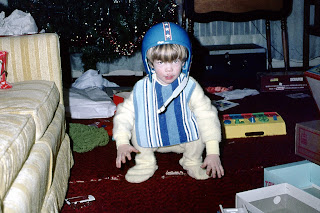 To nearly everyone’s unreckoned misfortune, I was born 37 years ago today. My parents — who probably expected that I would make them rich one day by earning a living as a professional athlete or by inventing some kind of delicious cheese-based product — were no doubt crushed to realize in due time that they had given birth to an incorrigible freeloader who in fact still owes them considerable sums of money that I have no intention of ever repaying. My three beleaguered younger siblings — who certainly could have used the wise, guiding hand of an older brother — instead received nearly two decades of relentless physical and psychological torment before I decided simply to ignore them. (Also, I stole a lot of their petty cash when they were sleeping or playing with other kids who pretended to be their friends. And no, I won’t be paying those debts back, either.)

As for my other personal relationships, the less said the better. Nearly everyone else who has ever known me has apparently lived to regret it. The lucky ones have forgotten about the months or years I devoted to their annoyance; the unlucky ones still have to delete e-mail from me about once a year. I congratulate all of my former girlfriends for marrying or otherwise settling down with other people, and I ask only that you please not tell my wife how happy and financially secure you all are. She’s inexplicably tolerant of me, and — quite crucially — all of the furniture in our house is hers. As for my daughter, she seems to enjoy my company for the time being, but she’s only 14 months old and hasn’t figured out that a good bit of her DNA comes from me, the weird, hobo-looking fellow who lives upstairs. In one of the more remarkable tributes to capitalism’s failure, mature adults have actually chosen to hire me over the years, entrusting me with cash registers, office keys, and the fragile minds of America’s youth. This never ceases to blow my mind. Seriously, what the fuck were you people thinking?

Socially and politically, I’m probably worse than Roy Cohn, John Wayne Gacy, and Jewel Kilcher combined. Although I was a registered Democrat, I voted for Bob Dole in Virginia’s Republican primary in 1987 because he seemed like a cranky old man. To my enduring shame, I actually voted for Ralph Nader in 1996 and 2000 — a fact that I deliberately witheld from my co-bloggers during the four days of interviews, personality tests, drunken hazing and feats of strength that preceded my arrival here last fall. For about two weeks in the fall of 1990, I believed that Saddam Hussein was the next Hitler. And on 12 December 2000 I actually spoke these words to a friend: “Maybe a Bush presidency won’t be too terribly awful.”

Anyhow, like America — whose own birthday I assume we’re to celebrate tomorrow — Dave Noon has squandered another year of precious existence. If you’re reading this, it probably means you don’t have to watch me drink all your beer tonight. I’m happy to say the poor folks I mentioned in the first paragraph aren’t quite so fortunate.