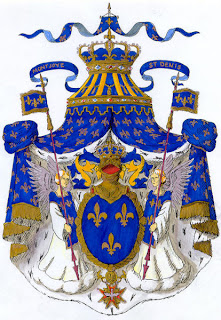 The House of Bourbon is one of many cadet branches to House Capet, an ancient dynasty that first came to power in France in 987 AD. The rulers of Estate Bourbon were a minor noble family until the sixth son of King Louis IX married Beatrice of Bourbon, holder of the lordship. Their son, Louis, was made Duke of Bourbon in 1327. The title Duke of Bourbon stayed in the family until 1527, when it was revoked upon the death of the traitorous Charles de Bourbon. In 1403 the family also acquired the Duchy of Vendome, and retained that title until 1589. This branch of House Bourbon came into possession in 1572 of the Kingdom of Navarre, on the modern French-Spanish border.

Salic law limited succession to the French throne to direct male descendants of Hugh Capet. After the death of French King Henry III’s brother in 1584, the succession fell upon Henry of Navarre, ruling as Henry III. Unfortunately, Henry III of France was Catholic, while Henry III of Navarre was Protestant. Nevertheless, Henry of France recognized Henry of Navarre as his heir. In 1589 Henry of France was assassinated, allowing Henry of Navarre to ascend to the throne as Henry IV. War between Protestant and Catholic factions would, nevertheless, continue until 1593, when Henry IV renounced Protestantism and accepted Catholicism. The Edict of Nantes, in 1598, granted measured toleration to remaining Protestants, but did not end conflict. Unfortunately, Henry IV was assassinated in 1610, leaving the throne to his nine year old son, Louis XIII.

Four more Bourbons, all named Louis, would rule France for the next 182 years. Louis XIV, who began his reign at age 5 and ruled for 72 years, would come to personify absolutist monarchy in Europe, as well as to bring martial glory, followed by military retrenchment, to the Kingdom of France. He would also manage to put his grandson, Philip V, on the throne of Spain. With a few interruptions, Bourbon’s have ruled Spain ever since. In 1774, Louis XVI would assume the French throne upon the death of his grandfather, Louis XV. Not well liked either by the populace at large or the nobility, Louis XVI ran up considerable debts while assisting anti-tax malcontents revolutionary forces in what was to become the United States. This assistance won him the gratitude of the Americans, who were kind enough to name several locations after House Bourbon, a couple after Dauphin, and more than a few after the King’s servant Marquis de Lafayette. The debts Louis XVI accumulated were viewed differently in France, and in 1789 a rather severe disturbance broke out. In 1791 Louis tried and failed to flee France. In late 1792 the Revolutionaries decided he was a liability, and he was publicly executed by guillotine in January 1793. His wife was executed nine months later. The couple’s son, Louis-Charles, died in prison two years later at the age of ten, although Legitimists consider him Louis XVII.

A long series of wars ensued, ending in the restoration of House Bourbon to the throne of France in 1814 in the person of Louis XVIII. After a brief interruption caused by Napoleon Bonaparte’s return and subsequent defeat at Waterloo, Louis XVIII would rule for ten years. Charles X, brother of Louis XVI, succeeded to the throne but became unpopular. He abdicated in favor of his son, Louis XIX, in July 1830. Twenty minutes later Louis XIX abdicated in favor of Henry V, who nine days later abdicated in favor of Louis-Phillipe of House Orleans, itself a cadet branch of House Bourbon. It is thought that twenty minutes is the shortest royal reign in history.

Like all Bourbons who retain their heads, Henry V lived a long time. After the fall of Napoleon III in the wake of the Franco-Prussian War, Henry was offered the throne of France. He said that he would only accept if France gave up the Tricolor in favor of the Fleur-de-lys. This France would not do, and the opportunity to restore House Bourbon was lost. It is probably, on balance, a good thing that Henry turned down the throne. The Bourbons represented French conservatism, and having a Bourbon on the throne during the Dreyfus Affair and (especially) during the Vichy period might have proven disastrous. Then again, as Henry had no viable heirs, the throne most likely would have passed to the more liberal minded House of Orleans. Of course, the ideological predisposition of a royal family does not necessarily imply behavior on the part of the members of that family; witness the efforts of the Bourbon Juan Carlos to re-democratize Spain in the 1970s. Nevertheless, the ideological meaning of the monarchy and of the particular House that holds its extends beyond the individual at its head.

Seven heads of House Bourbon have come and gone (so to speak) since Henry died in 1883. Bourbon monarchs would hold the throne of the Kingdom of the Two Sicilies between 1816 and 1861. Henry, reigning Grand Duke of Luxembourg, is also a Bourbon, as is his father. The current Bourbon heir to the throne of France is thought by most to be Louis Alphonse, a thirty-three year old Spaniard. For obscure and technical reasons, King Juan Carlos of Spain does not care for Louis Alphonse’ claim to the throne. Essentially, part of the deal that allowed the Bourbons to ascend to the throne in Spain prohibited the crowns from being united in the future. As Louis Alphonse’ claim to the throne goes through the Spanish line, it is rejected by some legitimists and by the Spanish Bourbons. However, Juan Carlos is next in line to the throne of France if the Bourbon claim were ever recognized.

Early this year, Prince Michael of Greece, a member of House Oldenburg-Glucksburg, published a novel titled Le Rajah de Bourbon. The plot centers of the adventures of a early member of House Bourbon, and hypothesizes the existence of an elder line of House Bourbon living in India, and ending in Balthazar Napoleon de Bourbon, an Indian lawyer living in Bhopal. This story, depending on the existence of a 16th century Bourbon for whom little documentation exists, has not been taken seriously either by contemporary Bourbons or by scholars of royal succession. 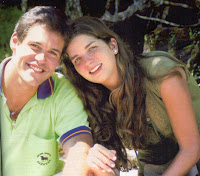 Prospects for a restoration to the throne appear grim. Monarchist parties have had little recent success in France, and Henri Phillipe Pierre Marie d’Orleans, the Orleanist candidate, would have to be contended with in any case. Louis Alphonse currently lives in Venezuela, native country of his wife.

Trivia: The only King of what House spent four years in exile in the United States before his eventual ascension to the throne?