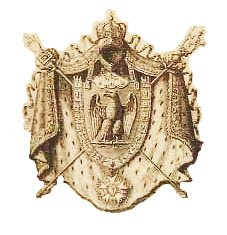 On August 15, 1769, nineteen year old Maria Letizia Bonaparte gave birth to her fourth child. The first two had died before the age of one year, but the third, Joseph, survived, and would eventually become King of both Naples and Spain. Maria’s husband, Carlo Bonaparte, was a minor official of somewhat distinguished Corsican lineage. His fortunes had changed for the better when he decided to support the transfer of Corsica from Genovese to French hands. Carlo and Marie would have nine more children, six of whom would survive, and two more of whom would reign as kings of European countries.

Napoleon Bonaparte, the fourth son, was admitted to the Ecole Royale Militaire in Paris, where he studied artillery and completed the two year degree in one year. Abetted by the chaos of the Revolution, Napoleon Bonaparte swiftly rose through the ranks, becoming a Brigadier General in 1794 at the age of 25. He soon became the foremost military hero of the Revolution, displaying an almost preternatural command of tactics and operations. In 1799, following a failed military expedition in Egypt, he participated in a coup d’etat that resulted in his rise to First Consul, the most important political position in France. In December 1804, with the blessing of the Pope, Napoleon Bonaparte had himself declared Emperor Napoleon I of the French.

The Emperor’s military success would continue for some time, including such stunning victories as Austerlitz (1805) and Jena (1806). Nelson’s destruction of the combined French and Spanish fleets at Trafalgar, however, helped constrain the ambitions of the Emperor. Eventually the Emperor over-reached himself, both in deposing the Bourbon monarch of Spain and in invading Russia. The invasion of Spain resulted in a long and brutal insurgency that, aided by the British, helped sap French strength. The invasion of Russia resulted in the loss of most of the Grand Army. All of conquered Europe rose against Napoleon, and at the end of March 1814, with his enemies closing in, Napoloeon I abdicated in favor of his three year old son, who held the title King of Rome at the time. Napoleon I had previously installed his brother Louis as King of Holland, and Jerome as King of Westphalia. The Allies rejected the abdication, forcing Napoleon I to abdicate fully and accept exile for both himself and his son. Napoleon’s escape a year later returned him briefly to the throne before his final defeat at the hands of Blucher and the Duke of Wellington at Waterloo. Exiled again, Napoleon I would die in 1821. His son, under house arrest in Austria, died in 1832 at age 21.

The Emperor’s brother, Louis, fathered a son in Paris in 1808. The young Louis Napoleon grew up in Switzerland and Germany, and served for a while as a resistance fighter against Austrian influence in northern Italy. The young Louis-Napoleon took leadership of the Bonaparte family after the death of Napoleon II. A failed coup in 1836 led to another period of exile, until Louis-Napoleon returned to France following the disturbances of 1848. Shortly thereafter, Louis-Napoleon was elected President of the Second French Republic. In late 1851 he seized dictatorial power, and in 1852, upon the 47th anniversary of Napoleon I crowning as Emperor, became Emperor of the French.

Napoleon III undertook a less expansionist policy in Europe than his uncle, but made up for that with initiatives in Africa, the Americas, and Asia. He helped put Maximilian I on the throne of Mexico, only later to see the Austrian executed by his ungrateful subjects. Napoleon III also helped builder a kinder, gentler, and more easily repressed Paris. In 1870 Napoleon III entered a trap laid by Otto Von Bismarck that resulted in the Franco-Prussian War. France’s quick and utter defeat led to Napoleon III’s abdication and exile in Great Britain. Napoleon III’s son died nine years later while fighting with the British Army against the Zulu in South Africa.

Had things gone differently at Sedan, Napoleon III might have escaped deposition, either for himself or for his son. The political meaning of a having a Bonaparte as constitutional monarch would differ in important respects from having a Bourbon on the throne. Due to the close relationship between the Bonapartes and the Revolution, a Bonaparte constitional monarch might not have had such negative effects as a Bourbon on the Dreyfus Affair or on the formation of Vichy. 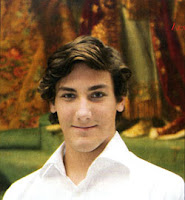 Like other French royals, the Bonapartes were exiled from France. Napoleon VI attempted to volunteer for the French Army in 1940, and ended up serving in the French Foreign Legion before being captured by Germans while seeking Charles De Gaulle. When Napoleon VI died, he designated his grandson, Jean-Christophe Napoleon, as head of House Bonaparte. However, Napoleon VI’s son, Charles Napoleon, also claims to be the head of House Bonaparte. Both of the claimants have assured followers that there is no conflict. Apparently, an obscure Polish group wants to elect Jean-Christophe King of Poland. Prospects for a return to the throne of Naples, Spain, Holland, Westphalia, Poland, or France seem grim. Several of those countries no longer exist, others have abolished the monarchy, and still others prefer domestic claimants.

Trivia: What deposed monarch was arrested while backpacking incognito in his home country in 1967?