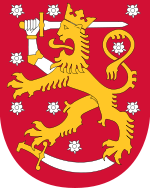 The area now known as modern Finland came into the Swedish Christian orbit in the 13th century. Ethnically and linguistically distinct from Western Scandinavia, the Finns Christianized late and did not participate in the various Viking invasions of Western Europe. The Swedish crown established a political and military presence in Finland in the mid-13th century, which helped facilitate the spread of the Catholic church among the Finnish people. Unfortunately, Finland sat astride the dividing line between Catholic (eventually Lutheran) and Orthodox Christianity, and between the Swedish and Russian empires. On several occasions a battlefield between the two states, Finland was finally and permanently detached from Sweden in 1812, and made a Grand Duchy within the Russian Empire.

The position of Grand Duke of Finland was always filled by the Romanov Tsar of Russia. Tsarist power was felt more lightly in Finland than in other parts of the empire, and the Finns enjoyed some cultural and political autonomy. Still, there was no shortage of pro-indepence sentiment among the steadily growing Finnish population. As the Russian position in World War I decayed, pro-independence forces grew stronger. The successive February and October Revolutions shook Russian power in Finland, and led to a declaration of independence in December 1917. Bolshevik Russia almost immediately recognized the independence of Finland, a position that was ratified in the Treaty of Brest-Litovsk. A brief civil war between Whites and Red ensued in Finland, with the Whites eventually prevailing.

Finland had declared itself a republic, but it was nevertheless decided to seek a constitutional monarch. The Finns settled upon Landgrave Frederick Charles of Hesse, brother-in-law to Kaiser Wilhelm II. The German Empire had been supportive of Finnish independence, and had lent some aid to the Whites during the civil war. Moreover, the war situation in late 1917 and early 1918 seemed to favor Germany, so it is unsurprising that the Finns selected a German monarch. The House of Hesse was a very old line of nobility from a region of central Germany. The central branch of the House achieved Elector status in 1803, although the state of Hesse-Kassel was annexed to Prussia in 1866. The family retained its title, however, and kept a prominent place in German noble circles. In 1893 Frederick Charles married Princess Margaret of Prussia, sister of Kaiser Wilhelm II, thus ensuring a close relationship with the Emperor. These issues were uppermost in the minds of the Finns, who sought to cement a positive relationship with Germany after the war.

Fortunately or no, things didn’t work out. Shortly following the election of Frederick Charles (who would have ruled as Charles I, although some Finnish sources indicate Vaino I), things went deep south for the Central Powers. It soon became clear that Germany would lose the war and probably the monarchy. The Allies, it was believed, would not allow a German monarch on the throne of Finland, although actual evidence on Allied preference is scant. In any case, the collapse of Germany removed much of the justification for the shift from republic to constititional monarchy. Frederick Charles renounced the throne on December 14, 1918, never having officially been crowned king. 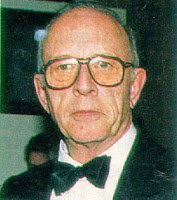 Although Frederick Charles eldest son Phillip succeeded him as head of House Hesse, it appears that the crown of Finland would have gone to his second son, Wolfgang. The current heir is Frederick Charles grandson, Moritz of Hesse, who has managed to reunite some disparate elements of the Hesse family line. In addition to his claim on the throne of Finland, Moritz is titular Grand Duke of Hesse and by Rhine, and Elector of Hesse. The crown of Finland was intended to always pass to the second son of the King, in order to prevent the unification of the titles to Hesse and Finland. However, this practice seems to have ceased, as all available sources indicate Moritz, not his brother Heinrich, as the designate-heir.

Prospects for a reinstitution of the monarchy appear grim. Moritz has demonstrated little interest in Finland or a return to the throne. Other potential claimants include the various pretenders to House Romanov and the King Carl Gustaf XVI of Sweden. The former have more important imaginary claims to pursue, and none of the Kings of Sweden have pressed what would in any case be a very tenuous claim to the Finnish throne. There is virtually no evident monarchist sentiment in Finland.

Trivia: A ruler of what dynasty created the first native constitutional monarchy in Africa?