“Though I was originally concerned when I read John Derbyshire’s manly boasts about how he’d act differently than the Virginia Tech victims, a week’s sober reflection has led me to wonder why all those people behaved like sheep — and by calling them sheep, of course, I mean no disrespect. But isn’t it possible that we’ve become a nation of cowards, like those people who got shot?”

I suppose when you’ve got the cat-like instincts of Gun Counter Gomer, you’re pretty much ready to be peppered with small arms fire at any time of the day. That’s why you’re capable of making observations like this:

Certain calibers are simply better than others for [conceal and carry] purposes, and the calibers cited above encompass the overwhelming majority of those in which defensive handguns are chambered. The frangible ammunition mandate may be new to some that are more familiar with full metal-jacketed (FMJ) and hollowpoint ammunition, and so may need to be explained.

Frangible ammunition is designed to fragment or disintegrate upon or shortly after contact. This significantly reduces the dangers associated with overpenetration, by transferring most or all of the projectile’s energy into the target as the bullet fragments. While typically being more lethal to the target, frangible ammunition is not as likely to penetrate structural components (walls, floors, doors). Glaser and MagSafe are two of the most common examples.

Oh, Bob. You had me at “frangible ammunition mandate.”

But seriously — if there’s anything you probably don’t need to worry about, it’s “the dangers of overpenetration.” Then again, when this is what you think you see in the bathroom mirror each morning as you’re getting ready to do . . . um, whatever the fuck you do for a living . . . I suppose those fears seem plausible after all: 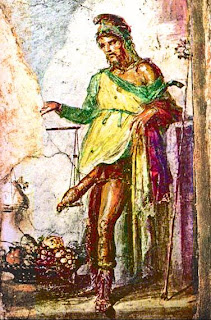