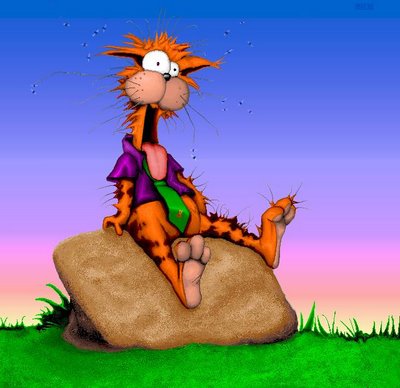 UPDATE: Yes, this is a bit flip, but there’s a point. During the 1980s, I only knew Jeane Kirkpatrick as Bill the Cat’s girlfriend; I didn’t really understand the jokes until later. Another way of putting it is to say that for many of us, Bloom County represented an important element of our political education. On the question of whether we should wait to dissect the legacy of recently passed individuals, I’ll confess that I don’t see the reasoning. Those who believe that Jeane Kirkpatrick exerted a positive effect on American foreign policy will (understandably and justly) write well of her in the wake of her passing. It’s unclear to me why those who would criticize her impact have to wait a week, or a month, or three months to make their contribution. I suppose that I also might feel differently if she had died at the age of forty or sixty; I simply don’t understand death after eight full decades to be a tragic event.