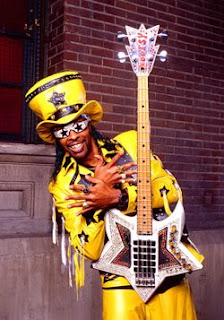 24 hours ago one of McCain’s chief economic advisers announced that talk of serious economic trouble was all the fault of Barack Obama frightening everybody for crass political gain. This morning McCain wants a 9/11-style commission to investigate why greedy Eastern financiers have been allowed to rob America’s workers blind.

McCain on MSNBC: “I was talking about the fundamentals of America, which is the workers, their productivity, their innovation, their incredible performance for many, many years. And what I was saying is and it’s clear if you look at my remarks and that is that Wall Street has betrayed us. They’ve broken the social contract between capitalism and the average citizen and the worker. And workers are paying a very heavy price while a lot of them are not only emerging unscathed but some of them are left with packages of a hundred million dollars or so. This is a result of excess and greed and corruption. And that’s exactly what is plaguing Americans today. And we got to fix it and we’ve got to update our regulatory system. We have to have a 9/11 commission to find out what went wrong and to fix what’s going to happen in the future so this never ever happens again. And as president, I guarantee you, it will never happen again.”