I really like Chris Hedges, but if we take this column and replace the phrase “Ralph Nader” with the phrase “some dude I know who reads a lot of Naomi Klein and Greg Palast books,” his argument only becomes marginally less persuasive.

In the piece, Hedges quotes Nader arguing that a vote would be like a vote for the Liberty Party, which ran candidates on an abolitionist platform in 1840 and 1844. Nader’s self-serving analogy is both silly and unintentionally appropriate. Silly because unlike Nader, the leaders of the Liberty Party actually worked to develop a sustainable organization that could survive from one election to the next; by 1848, the Liberty Party had morphed into the Free Soil Party, which by the mid-1850s melded into the coalition that formed the basis of the emergent Republican Party.

As for the unintentionally appropriate comparison, Nader might have forgotten that the Liberty Party quite probably cost Henry Clay (the Buffalo Bills of antebellum American politics) the presidency in 1844, when it drew 16,000 votes in New York, a state that James Polk carried by just over 5000. Polk, to no one’s surprise, went on to provoke a fraudulent, expansionist war with Mexico that reopened the slavery question, led the country toward civil war, and opened the door to professional hockey franchises in southern California and Arizona. Perhaps Nader believes those contradictions were worth heightening, but it’s hard to argue in retrospect that the country wouldn’t have been better served by a Clay presidency.

Even more calamitous, of course, was Polk’s introduction of the mullet into the White House: 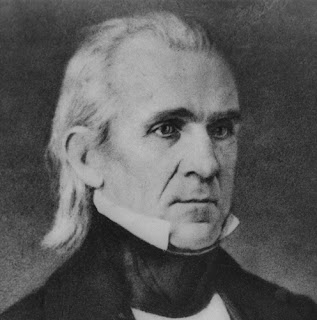