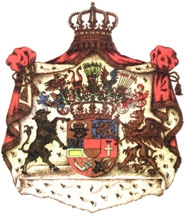 Niklot, born sometime in the late 11th century, was a chieftain of the Obotrites, a confederacy of Slavic pagan tribes living along the southern coast of the Baltic Sea. The Obotrites and various other northern Slavic tribes were collectively referred to as the Wends. From the establishment of the Holy Roman Empire onward, the Obotrites played an important role in Germanic affairs. The Obotrites also successfully resisted Danish efforts to establish hegemony over the Baltic region.

Germans. In the eleventh century, the growing power of the papacy, among other things, allowed Western Christendom to focus its efforts on doing battle against the infidel, wherever that infidel might be found. This led most notably to a combined Frankish-German invasion of the Holy Land, but also lent ideological purpose to ongoing struggles between Christians and non-Christians in Iberia and the Baltic region. After twenty years of heavy fighting, the Wendish Crusade was launched in 1147, designed to permanently bring Christianity to the Baltic region, and incidentally to expand the lands and power of the Germanic princes. The initial campaign did not succeed, as Niklot successfully resisted a siege of his fortress and ended up buying the Crusaders off. In 1160, however, another campaign managed to catch and kill Niklot, and to disperse the lands of his tribe amongst Saxon lords.

Niklot, however, was survived by a son named Pribislav. After a bitter four year guerrilla campaign that captured or destroyed several Saxon fortresses, Pribislav was restored to power as the Prince of Mecklenburg. Along the way, he had converted to Christianity, and in 1172 he made a pilgrimage along with Henry the Lion to Jerusalem. One of his sons would later participate in the Fifth Crusade. Crusading in the Baltic region would continue at least until the 1386 conversion of Lithuania to Catholicism. 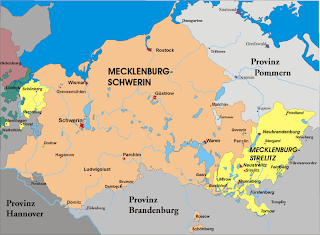 In Mecklenburg as in the rest of Germany, monarchy did not survive World War I. The Grand Duke of Mecklenburg-Strelitz committed suicide without issue in 1918, leaving his cousin as the only potential heir. Unfortunately, his cousin had decided in 1914 to join the Russian Army, and renounced any claim to the throne. Just to make sure, the state of Mecklenburg paid Charles Michael (the cousin in question) five million marks in 1921 to further renounce the throne. The Mecklenburg-Schwerin line survived until 2001, when its last heir died and the title Duke of Mecklenburg (arguably) devolved upon Georg Friedrich of House Hohenzollern. The other current claimant of the ducal title is one Georg Borwin, who is related in complicated fashion to the line of Mecklenburg-Strelitz, and who has put forward (with the extinction of the elder Schwerin line) a claim to both Mecklenburgs. Prospects for a return to the throne seem grim. The potential claimants have made no political effort to assert their claims, and hopes for the re-establishment of monarchy in Germany appear quite low. Also, Duke Georg Borwin has displayed little inclination to pursue an actual restoration, either to the Grand Duchy of Mecklenburg or to the thrones of Norway or Sweden. On the upside, however, Queen Juliana of the Netherlands (r. 1948-1996) was a member of House Mecklenburg, and the family remains sufficiently involved in European royal circles to hope for similar such developments in the future.