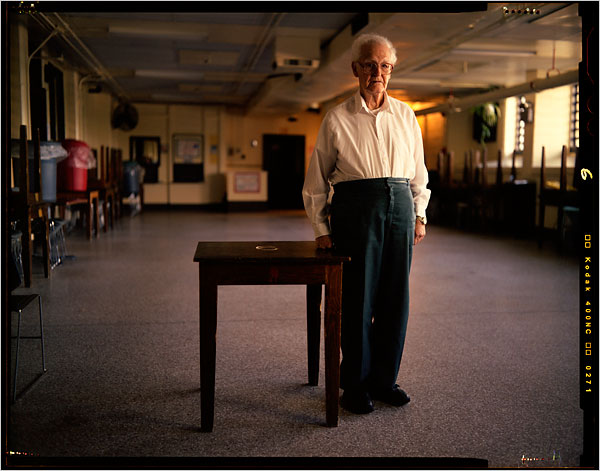 I’m not excusing what Dr. Charles Friedgood did, but it seems to me that it’s well past time to let him out of prison.

It’s also worth noting (as the article does), that there is a class action suit pending against the state Parole Board for its universal no-parole policy for violent offenders, at least under Pataki. Friedgood, 89 and dying, isn’t the only person who has stayed in jail longer than humane because of this policy. Jean Coaxum (scroll to the bottom of the page), a true rehabilitation success story, was denied parole four times despite already serving much longer than the court-imposed minimum sentence, being very ill with Hepatitis that went untreated while she was incarcerated, and being universally recognized as a model prisoner. New York’s Office of the Appellate Defender won her release last year.