Call me shallow and Althousian, but I really think John McCain should try to find some new friends for his MySpace page.

Woody: “i belive that the way the democrates are going is going to hurt the troops by dening them the equipment they need to end the mess in Iraq. “ 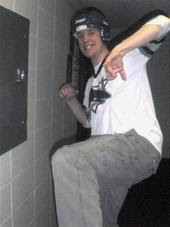 Kevin: “To speak generally without having to go into citing sources and history, I’m going to just say look at previous successful wars that we have won. We had lots of troops on the ground and we still have a lot of those same bases open and functioning to this day. So what I can’t understand and would like answered by these spineless politicians who want to pullout is why we don’t close down some of the bases in Germany, Italy, Guam or Japan and move them into Iraq permanently. Regardless of the reasons this war was really started we need to finish it!!!” 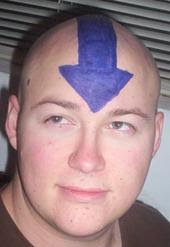 Logan: “Alright, anyone that can sum up such a complicated and contentious issue into a five word sound byte has my vote! This is in no way an oversimplification of the situation we’re dealing with. NEVER SURRENDER!” 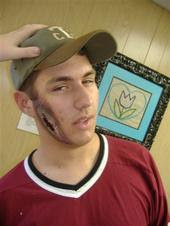 Transcriber (and no, I have no idea what’s wrong with this dude’s cheek): “The Democrats keep comparing Iraq to Vietnam when they are the ones who are turning it into Vietnam. When politicians try to wage a war instead of trained military Generals bad things happen. We will se Baghdad become the next Saigon with people desperately fleeing and a thousands being slaughtered if we set a pull out date. Thanks for always standing by our troops Sen. McCain. I pray we can get you elected president for our troops sake, for the Iraqi peoples sake, and for our country’s sake.” 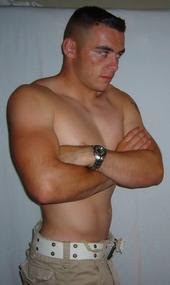 Jeff Gannon Francel Gretske: “what up big man sending a holla out to ya from okinawa got some marines out here routin for ya!”