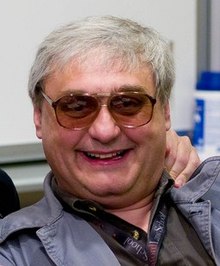 Heidi Bond’s account of her interactions with Alex Kozinski needs to be read in full, so I’m not going to quote from it. Bond is a former law professor turned very successful novelist, writing under the pen name Courtney Milan. With the retirement of Richard Posner, Kozinski is probably the most prominent federal appellate court judge in the country.

(1) It’s important to recognize that men like Kozinski — and there are obviously a lot of them in our society — are sadists. That is, they get off, metaphorically and no doubt literally, on being cruel to people who are relatively powerless. Power, sex, domination, hierarchy, cruelty — it’s all mixed up for these guys. They are bullies and perverts, and they are everywhere.

(2) A crucial aspect of this kind of thing is profoundly gendered. Bond was tormented by Kozinski as a woman, because she is a woman, and therefore weak, contemptible, a plaything, a piece of ass, etc. Kozinski treats all his clerks horribly in various ways, but he treats his women clerks — or maybe only the ones he wants to fuck — in especially vile ways because they are women. That’s the essence of sexual harassment.

(3) All of this has been known, at least in its broad details, for a long time in the elite legal academic circles that send vulnerable young people off to clerk for sadistic bullies like Kozinski. Women law students were warned routinely to steer clear of Kozinski, even though he is one of a handful of so-called “feeder” judges, who send large numbers of their clerks on to clerk for the Supreme Court. (ETA: As Bianca Steele points out in comments, “routinely” doesn’t mean “consistently” or “universally” — Bond herself was, by her own account, told nothing). Clerking for the Supreme Court is a huge boost for all kinds of high status academic careers, so avoiding Kozinski because they didn’t want to be sexually harassed (and perhaps worse — we’ll see) was bad for women as a class.

(4) One of Alex Kozinkski’s many deplorable qualities is his (completely situational and phony) allegiance to a morally bankrupt code of silence — a sort of omerta for law clerks — that was designed by him not to protect any legitimate interest in the confidentiality of the legal decision making process, but rather to keep his predatory and disgusting behavior from becoming a matter of public comment.

(5) Speaking of which, three days after this story broke, none of the more prominent legal academic blogs (with the exception of Balkinization) have even noted it, let alone commented on it. I will be particularly curious to see what the gang at the Volokh Conspiracy, who blog at the newspaper that broke the story, have to say, if anything (Eugene Volokh is a former Kozinski clerk).