This is the grave of Adolph Sabath. 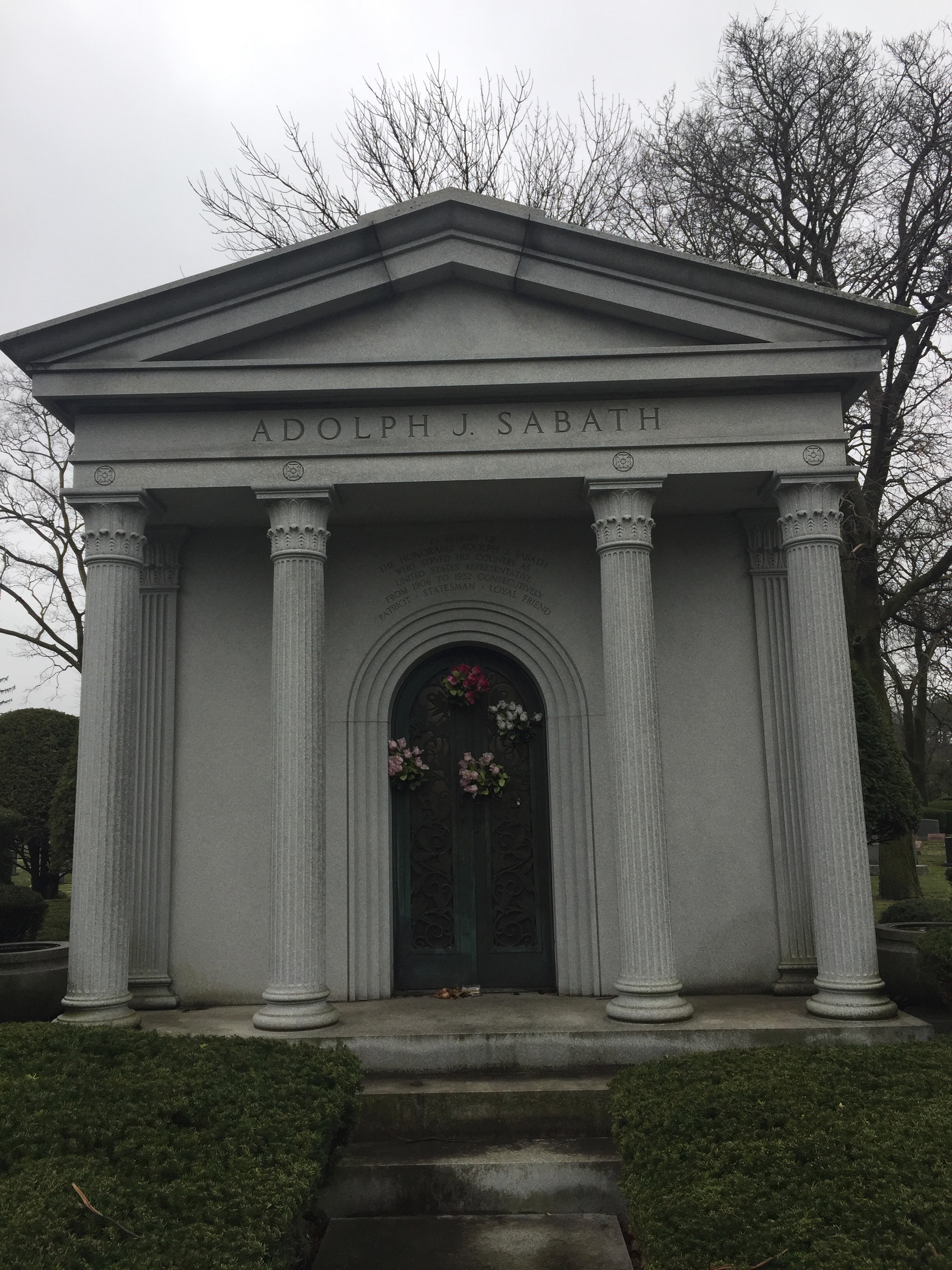 Born in 1866 in what is today the Czech Republic, Sabath immigrated to the United States in 1881. Despite this, he managed to go to college and graduated from Lake Forest University. He went into real estate briefly before entering his real calling–politics. He became the leader of the Czech community in Chicago within the Democratic Party machine in that city. He was elected to Congress in 1907. He served a mere 23 terms. Truth be told, he wasn’t all that effective in terms of getting things done. He did represent his community well. He strongly opposed Prohibition and the KKK. He sponsored bill after bill to overturn the Volstead Act and the Eighteenth Amendment. Thanks to seniority, he became chairman of the Rules Committee. But he was quite ineffectual at this potentially powerful position. He had only a small staff and had poor relations with most of the Democratic Party leadership in the House. He became known for reporting on people he did not like such as Sam Rayburn by sending letters to FDR. I think much of this dislike was about politics–because of Roosevelt’s popularity, it’s sometimes easy to forget just how fractured the New Deal coalition was, even as its apotheosis. The Democratic Party was still controlled primarily by Southern conservatives and while it absolutely needed urban ethnic voters such as Sabath, it doesn’t mean they liked that liberalism. Sabath was a very strong New Dealer, major supporter of Roosevelt, and big proponent of U.S. intervention in World War II, which makes sense given the strongly Czech and (I assume) Polish makeup of his district and that Sabath himself was Jewish.

Sabath died in November 1952, just a couple of days after being elected to his 24th term in Congress. He set the record for continuous tenure in the House, although that record has now been surpassed by several others, including John Dingell, the current record holder, and John Conyers.