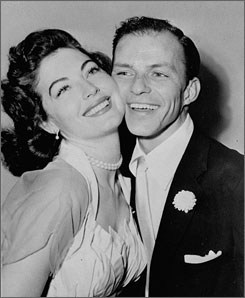 This is pretty shocking stuff (by which I mean the most predictable thing ever):

Trump’s fearless candor and brash energy feel like a great gust of fresh air, sweeping the tedious clichés and constant guilt-tripping of political correctness out to sea. Unlike Hillary Clinton, whose every word and policy statement on the campaign trail are spoon-fed to her by a giant paid staff and army of shadowy advisors, Trump is his own man, with a steely “damn the torpedoes” attitude. He has a swaggering retro machismo that will give hives to the Steinem cabal. He lives large, with the urban flash and bling of a Frank Sinatra. But Trump is a workaholic who doesn’t drink and who has an interesting penchant for sophisticated, strong-willed European women. As for a debasement of the presidency by Trump’s slanging matches about penis size, that sorry process was initiated by a Democrat, Bill Clinton, who chatted about his underwear on TV, let Hollywood pals jump up and down on the bed in the Lincoln Bedroom, and played lewd cigar games with an intern in the White House offices.

Primary voters nationwide are clearly responding to Trump’s brand of classic can-do American moxie. There has been a sense of weary paralysis in our increasingly Byzantine and monstrously wasteful government bureaucracies. Putting a bottom-line businessman with executive experience into the White House has probably been long overdue. If Mitt Romney had boldly talked business more (and chosen a woman VP), he would have won the last election. Although the rampant Hitler and Mussolini analogies to Trump are wildly exaggerated–he has no organized fascist brigades at his beck and call—there is reason for worry about his impatient authoritarian tendencies. We have had more than enough of Obama’s constitutionally questionable executive orders. It remains to be seen whether Trump’s mastery of a hyper-personalized art of the deal will work in the sluggish, murky, incestuously intertwined power realms of Washington.

These two were made for each other. (While Paglia merely trolls the internet, Trump manfully trolls an entire nation.) Perhaps he will name her Minister of Kulturkampf.