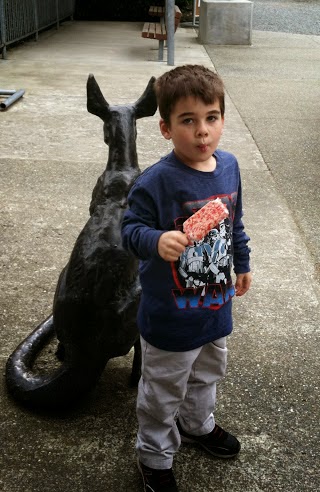 Florida Atlantic has fired James Tracy, a communications professor who among other things teaches classes on conspiracy theories. Tracy believes that the Sandy Hook massacre didn’t take place, and he has harassed the parents of one of the murdered children, demanding that they “prove” their child ever existed, and suggesting they faked their child’s death for money.

When Tracy’s accusations first drew public attention, the school’s administration took the public position that both his views and activities were protected by academic freedom (Tracy has or had tenure). The school is now claiming that Tracy is being fired for failing to file some paperwork:

Last month, the parents of a victim of the 2012 shooting in Sandy Hook Elementary in Newtown, Conn., published an op-ed piece in the (Fort Lauderdale, Fla.,) Sun-Sentinel. Lenny and Veronique Pozner wrote that they had requested Tracy remove a picture of their son, 6-year-old Noah, from his blog. Tracy responded, they said, by sending them a letter demanding proof that Noah ever existed.

The Pozner’s argued that “conspiracy theorists” abound, but Tracy garnered widespread attention because of his credentials.

“A plethora of conspiracies arose after Sandy Hook, but none received as much mainstream publicity as Tracy,” they wrote. “This professor achieved fame among the morbid and deranged precisely because his theories were attached to his academic credentials and his affiliation with FAU.”

One week after that article’s publication, FAU administrators started moving to dismiss Tracy, but not over his specific statements.

University officials sent him a memorandum reminding him that he had failed to submit forms required of university employees outlining any professional activities they engage in outside of the university. Tracy is open about his views and articulates them on radio shows, alternative news sites and his blog, the Memory Hole.

After some back and forth, the administration sent him a termination letter on Tuesday, arguing that his outside work needed to be reported to the university to make sure no conflicts of interest existed.

“You publicly engage in external personal activity that requires your time and effort,” the termination letter read. “Disclosure and management of your outside activity is necessary and reasonable. It is for the administration to decide, with your input, if a conflict exists, and how to manage a conflict where necessary. You have repeatedly and willfully failed to provide the administration the information it needs to discharge its responsibilities.”

On its face this seems obviously pre-textual. On the other hand, Tracy is also obviously nuts [insert appropriate DSM-V term here], and he may well have engaged quite consciously in acts of insubordination, so that he could achieve the bureaucratic equivalent of martyrdom.

Anyway, this case in my view raises serious and difficult questions in regard to academic freedom. As I mentioned in my original post on this subject, this isn’t a situation in which someone is advocating crazy views that have nothing to do with his academic expertise, like the Northwestern engineering professor who is a Holocaust denier in his spare time. Tracy is an actual conspiracy theorist, in the most pejorative and unhinged sense of that term, whose career is dedicated to studying and teaching students about conspiracy theories. Is that something a university should tolerate?