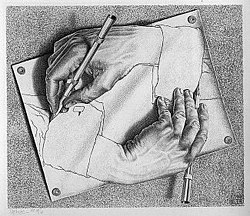 (1) Re-electing Barack Obama (and not electing Willard Romney) is a very important goal for people who wish to advance the cause(s) of progressive politics in this country at this time.

(2) Helping build a political and social culture which makes it possible to elect presidents who are far more progressive than Barack Obama is also a very important goal for people who wish to advance that cause.

It doesn’t help the cause of progressive politics, in either the short or long term, to claim the difference between Obama’s Democratic party and Romney’s GOP isn’t significant. For pragmatic reasons it may help this cause, in the short term, to exaggerate that difference, which, while significant, is not nearly as significant as the difference between the contemporary GOP and even the most mildly social democratic political party in existence, as that term is understood in the rest of the developed world. Whether this sort of exaggeration helps that cause in the long run, however, is a more difficult question.