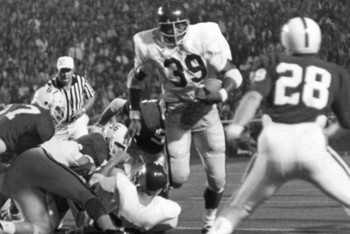 TPM has a selection of quotes from Pat Buchanan’s new book (although I noticed they didn’t feature any from the chapter “Throw the Jew Down the Well: A Critique of Contemporary Neo-Conservatism”). There are a bunch of doozies, but my favorite is this one:

Perhaps some of us misremember the past. But the racial, religious, cultural, social, political, and economic divides today seem greater than they seemed even in the segregation cities some of us grew up in.

Back then, black and white lived apart, went to different schools and churches, played on different playgrounds, and went to different restaurants, bars, theaters, and soda fountains. But we shared a country and a culture. We were one nation. We were Americans.

Perhaps indeed! An inevitable consequence of becoming aware of unmarked categories (i.e., realizing that America includes lots of different peoples and lots of different cultures) is that various kinds of social divides suddenly “seem” greater than they formerly seemed.

Let be be finale of seem.

I was watching the Auburn-LSU game this weekend. Literally 95% of the players were African American. When I was a little kid these schools had no black players — and I’m not that old. Then around 1970 or so USC went to Birmingham and kicked the living daylights out of a top-ranked Alabama team, and suddenly Bear Bryant started having doubts about the merits of Plessy v. Ferguson. A few years later I heard him doing color commentary (snicker) on the broadcast of a USC-Oklahoma game, and he had the poor taste to note that Sam Bam Cunningham had done more for integration in Alabama than Martin Luther King.