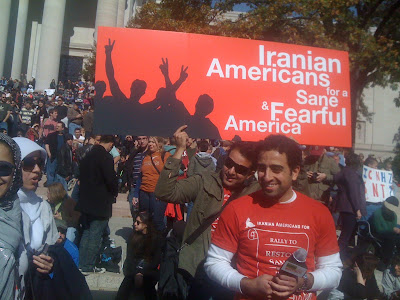 According to NPR, the “great debate” in the hours before the big luau on the National Mall was whether people were coming to the rally for politics or comedy:

When Jon Stewart announced his Washington, D.C., Rally to Restore Sanity, he inspired much joy among fans of his Daily Show.

But he has also sparked a fierce debate among pundits over whether Stewart really has comedy or politics in mind for the event. It is scheduled for Saturday afternoon on the National Mall.

“I have had the growing suspicion that the participants in this rally don’t entirely think of it as a comedy show,” Timothy Noah of the online magazine Slate says. “I think that they are mistaking … participation in this rally for some sort of political statement. That confusion troubles me.”

A cursory glance at the rally signs suggested Timothy Noah is missing an important point: to blend comedy and politics. And people clearly didn’t come all for the same reason or all with the same politics.

Not that this is in any respect a representative sample, but of the signs I was able to photograph during the early part of the rally on the edge near the National Museum of Art, many in the crowd were clearly on message, alternatively affirming Stewart’s call for tolerance and civility openly or doing so indirectly with satire: 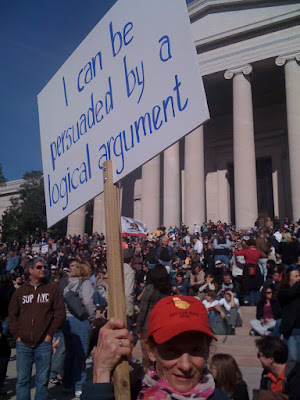 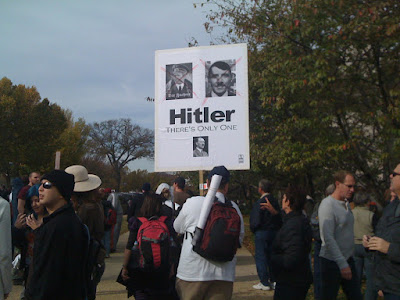 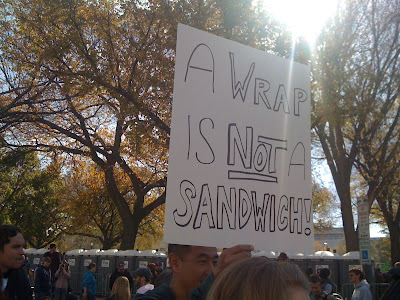 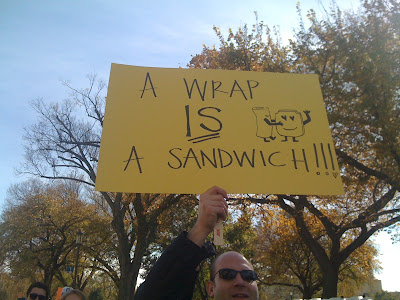 Others were clearly on Team Fear; but this crowd struck me as a mix between two sets of folk: 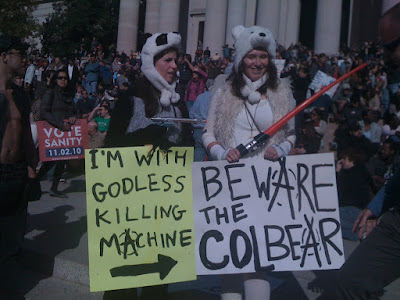 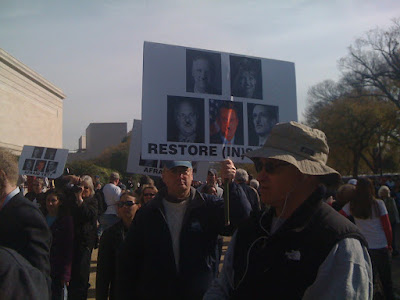 A third group of people struck me as on the fence about the trade-offs associated with actually implementing the message: 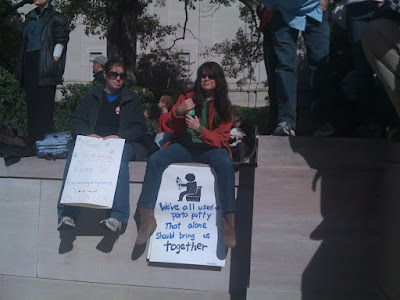 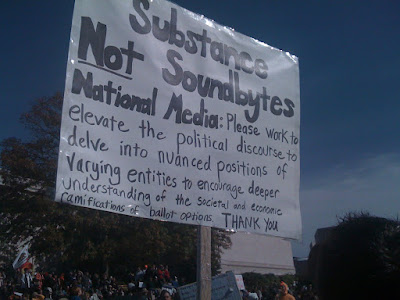 There were also a significant number of people who openly rejected Stewart’s message of moderation with vitriolic signs of various sorts:* 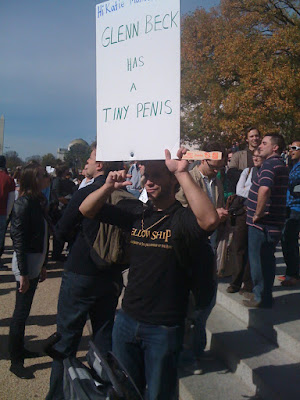 Then there were lots and lots of signs taking specific political positions. While this was not the point of the rally as articulated by Stewart, some protesters clearly interpreted it as a focusing event for whatever-your-agenda-might-be. For example, there was quite the anti-fracking contingent on the steps of the National Museum of Art (though I do not think that means what they think it means). 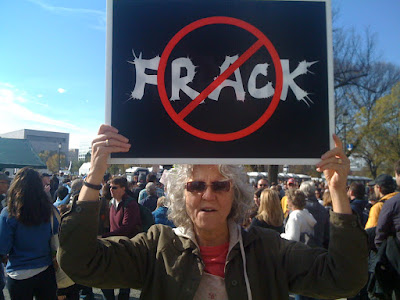 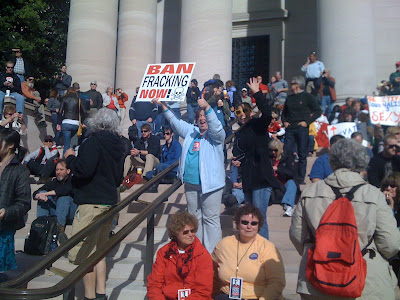 Also various other positions on social and political issues, often expressed with humor: 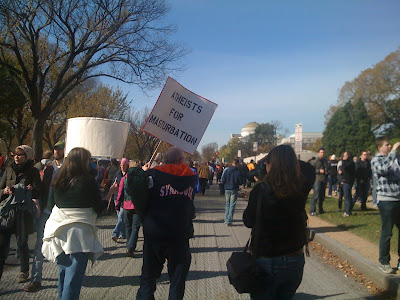 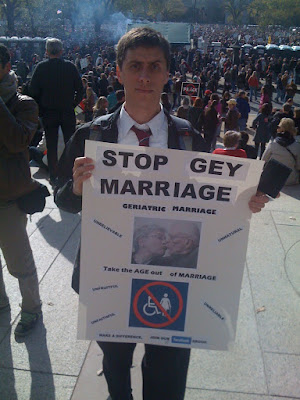 Conversely, there were those for whom “civility” appeared to be conflated with “political agnosticism”: 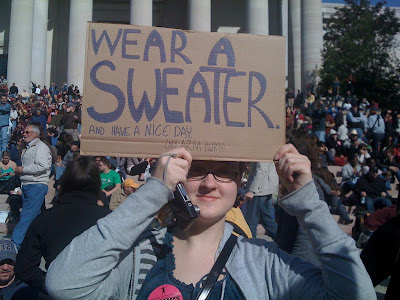 Finally, there were clearly many people who thought this was just a fun-fest. Camera crews at the rally consistently gravitated toward those in costume, but few of the costumes in my area had political symbolisms. Based on the interviews I overheard while trolling around, many of these folks tended to just be dressed up because it’s Halloween weekend. But there were some exceptions: these guys are running for President in 2012 and think we should be very, very afraid. 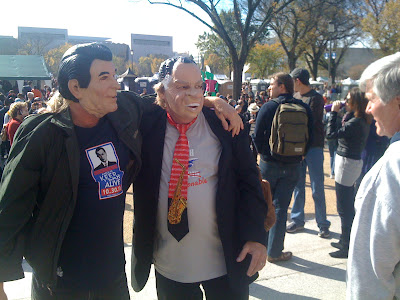 More rally signs and commentary are at TPM.

Estimates of the crowd size are still rolling in and speculation about the effects on the election next week is raging.

More than anything, I for one enjoyed getting out with my fellow Americans in the bright autumn sunshine. And overall, I was happy to see the number of people who seemed to be on message. This wasn’t a rally for a party or a platform; it was for a set of values that crosses the political spectrum and is at the foundation of our authentic political culture: deliberation. My favorite tweet today at #rallyforsanity read:

Whenever I get to feeling too proud, I remember that you, too, are an American.

*Donald Douglass expounds (shockingly) on this subset of protesters.